If you own a manufacturing company or have registered to pay excise duty, then you have probably asked the following question:

“What will happen to my CENVAT credits when I move to GST?”

With the registration window for GST open for all states, and the government actively working towards implementing GST, there are still some details that haven’t been clarified about how CENVAT credits will be handled under the new system. But we do know that they will be converted into a form that’s usable under GST. 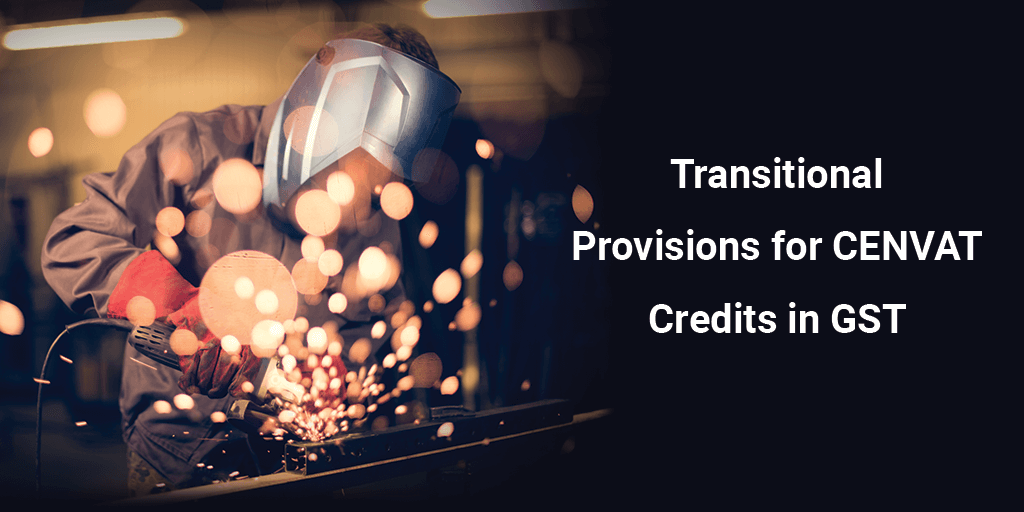 Prior to 2004, manufacturing companies in India paid taxes when they bought raw materials (also known as capital goods), but failed to receive credit for the tax they had paid. This led to double taxation when the tax department levied excise duty on finished goods. To solve this issue, the government made minor modifications to the VAT regime to create CENVAT.

The Central Value Added Tax (CENVAT) was introduced in 2004 to minimize the burden on manufacturing companies that pay excise duty. Under CENVAT, manufacturers get credit for the tax paid on raw materials, which they can later use to offset the excise duty they owe the tax department.

CENVAT credits are the credits provided for the tax paid while purchasing raw materials.

To understand them better, let’s take an example where a company manufactures kitchen knives. The manufacturer buys steel and plastic from their vendor, makes knives, and sells them to the market. According to CENVAT, the knife company should get credit for the tax it paid on the raw materials (steel and plastic).

Since GST will replace all current taxes, your current unclaimed CENVAT credits will be converted to GST Input Tax Credit (ITC).

What is Input Tax Credit?

Input Tax Credit in GST is similar to CENVAT credit. Businesses that are registered for GST can claim credit for the tax they paid while purchasing raw materials for their business. They can later use the ITC to offset what they owe in GST.

According to sections 143 and 144 of the Model GST Law, CENVAT credits accumulated prior to the implementation of GST will be converted to ITC.

There aren’t yet clear guidelines on what opportunities to receive credits will be added or omitted. When you file your tax return, it is safe to include everything you think is eligible to be converted to ITC and leave the decision to the tax department.

If you have unclaimed CENVAT credits which you couldn’t claim because you didn’t have invoices to show the taxes paid, you cannot convert them into ITC.

So far, the GST council has given only a rough overview regarding the transfer of CENVAT credits. They’ve yet to address questions like what kind of additions or omissions they’ve made to the allowed input tax credits, or if there will be a late fee for transferring CENVAT credits after the implementation of GST. Once these areas have been clarified, it will be much easier to make a seamless transition to GST.

Following is the door of the office:-

Click here to>Contact us for all the work Online